The Clique are unfair !

Ok, boyz and girlzzz, as announced, old mp3 previously posted (from 2006) on "le Podcast d'Hector" are on their way to live again, so... today let me (re) introduce you for the second time :

The Clique is a band's name very used in pop music. But As I know from my collection
there are as much three different bands with the same name.
Please enjoy the pictures, and listen to the differences : 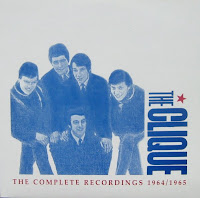 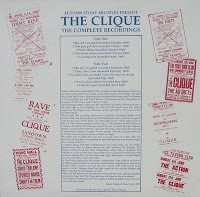 Unfair, by the Clique (60’s mod uk band)
(from The complete recordings on Dig the fuzz lp 002)

Read the very interesting note about the band on Rave up blog.
or : The fact that Jesse Hector was with them so times (on Jesse Hector web site) 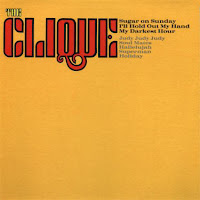 Superman, by the (Texas) Clique (US). Yes,the song that REM has covered.
Visit The Iron leg blog for much more information. 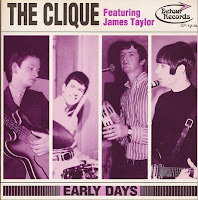 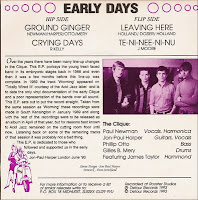 Ground ginger, from the "Early days ep" on Detour Rec. by the Clique (90’s uk mod band). It was their first publication in that mod rnb style (just a previous more jazzy track on a Totally wird 'acid jazz comp before). But it was not the last. Very influenced band and ...influencial in the 90's.
(Some bio on wikipedia)
(Also visit their Detour label catalog)