For sale ! (Total destruction once again ?) 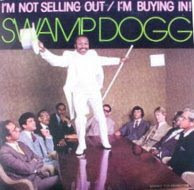 I continue the posting of my Swamp Dogg collection as announced somewhere on this blog. I found this copy at Black & white shop, Nice, France , the day of my wedding trip in the summer of 1999.
"After years of keeping a low profile, Dogg emerged from out of nowhere with this fine record. Instead of streamlined hard soul, this record carries a rock & roll clout that keeps even its most banal moments ("Wine, Women and Rock 'n' Roll") from terminal tedium. Song title highlight: Dogg's duet with Esther Phillips, "The Love We Got Ain't Worth Two Dead Flies." Kind of says it all, doesn't it." (John Dougan, Allmusic.com)

"(...) Dogg’s distinctive mix of Blues, Funk, social awareness, and general kookiness was lost on black and white audiences alike, and most of his albums have never been in print on disc. 1981’s I’m Not Selling Out was worth the ten bucks I paid for it (on LP) if only for the cover shot of Dogg dancing on a corporate boardroom table in white top hat and tails. But the music is even better - ‘Wine Women & Rock ‘N’ Roll’ gets things off to a rollicking start, ‘Dead Flies’ is a killer duet with Esther Phillips, ‘California Is Drowning And I Live Down By The River’ is a hilarious and heartbreaking look at the perils of life in the Golden State, and ‘A Hundred And’ sounds a lot like the music Al Green would have made if he hadn’t gone away from secular music right at the advent of disco. With lots of great guitar licks, and lyrical cream puffs like ‘We’ve got to make some jobs/And make ‘em fast/That’s the only way to get the poor folks/Off their ass’ this is an amazing album that has fallen through the cracks of popular culture." (from Endtroducing… dk presents
The Most Overlooked Albums Of All-Time")

Swamping salutations/Wine, Women and Rock & Roll
It's Just a Little Time Left
The Love We Got Ain't Worth Two Dead Flies
Low Friends in High Places
A Hundred And
Total Destruction to Your Mind
California Is Drowning and I Live Down by the River
Sexy, Sexy, Sexy #3

excerpt form the back cover (with notes from Swamp Dogg) : 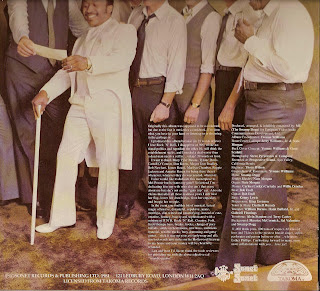 ...Not the best album of Swamp Dogg, too jazzy... but it contains always some killer titles, and it remains a bit rare.

Listen to : "The love we got ain't worth two dead flies" (with Ester Philips) 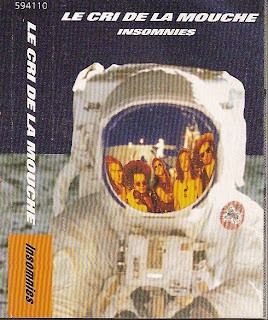 
Get the album (on comments)