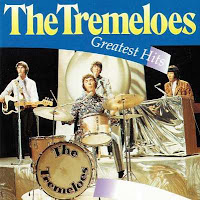 Back in the early 90's, I was introduced to the Tremeloes by this Greatest hits comp on CD, by my friend and record shop retailer Claude (Sgt peppers).

I guess I had to change this CD for another one, because I didn't love anyway this kind of variety pop. (...)

...Years have passed, and I always kept a bad idea of the band... until I felt on a precious blog last week, presenting a 1967 album (south american pressing !) of the band : "Rick, Chip, Alan Dave". Waouh !

The author's praise of the band was so sincere that I 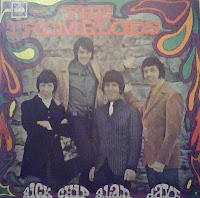 downloaded the file, and... what a surprise !
But It was so different with what I had listen to before, and I asked myself if it was the same band.
After some researchs, it appears that yes, it was, and that the band was playing for so many times !
It was also them who were choosen by Decca instead of the Beatles in 1962 ! But it seems that the "Greatest hits" I bought some years ago had compiled their worst rock anthems. Whoup ! their lps were much better should I think. 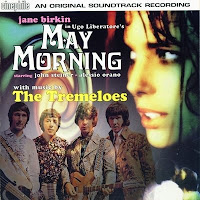 Since then, I put my hands on another great album, the soundtrack for the italian film "May morning" (1970), another rare and beautiful piece of psych pop. A nice discovery.


and don't forget to listen to May morning, and the rest of the discography of this amazing band.