Why wait until tomorrow for..The Gorillas ? 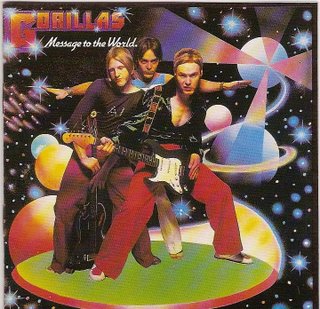 Jesse Hector message to the world :
"The stars in the sky are the good human beings of the past- the ones who came here and tried to do their best to do good and help others. Some stars are given a little extra in their image and style to help the young one with a very powerful thing that's called Rock'n'roll. These extraordinary people that have this something can be called back to heaven by God at any time and at moments notice.
It seems to me that God needs Good Stars out there to help the people down there. You who read this have a God over you - your own God - so you must do what you think is right on the earth. Always help people who are hurt, or lying on the floor., help them back on their feet.


Jesse Hector very well personified what the power of a rock trio may signify. (look today at the Embrooks for example).
Associated for a time in the 60's with the cult uk mod band the Clique, he soon after formed the Hammersmith Gorillas trio, who, right in the middle of a rock transition at the beginning of the 70's, and before the start of the british punk movement, gave the original rock'n'roll a second life, with a special mod touch. But the modernism of Jesse Hector went through a very basic rock, marked by the heavy sound of the 70's.
Tremulous voice, big guitar, solo "à la Hendrix"...
One of the greatest "loser" (underrated king) of Rock'n'roll.


Some good links to know (much) more about Jesse Hector and his different bands :
Mohairsweets , fan site with anecdotes, discography with sleeves, and a lot of pics
Damagedgoods Records, with a great story

Note that Rpm had also edited a superb compilation with many singles. So it's worth complete with this one too.

Message to the World
(Damaged Goods, 1998)
re-issue of the legendary debut album of the Gorillas from 1978, with 3 bonus tracks "I'm Seventeen" "My Son's Alive" and "It's My Life".
8 pages booklet, complete with pics 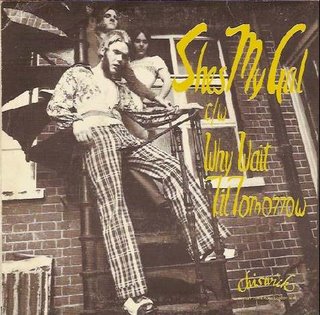 HI!
I REALLY LOVE YOUR WORK, THIS BLOG IS REALLY FANTASTIC!!
KISSES AND GREETINGS

VISIT MY BLOG IF YOU WANT :)

It asks for a password. I don't see one here.

I know this is old,but any chance of a new link ?
Thanks

i know this is old,but is there any chance of a new link ?
Thanks

Stay in touch and I try to re-up asap.