Bambi Molesters play out of tune ! 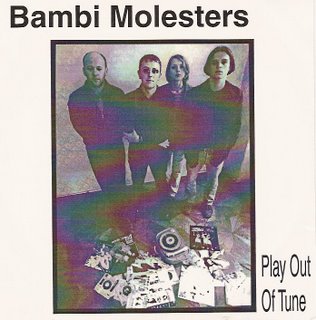 As wrote in the comments with my friend Ryp of Twilight Zone, here is the (first ?) album by the Bambi Molesters, this fine surf garage band from Croatia.
I must tell you now that this band was first introduced to me by a cool guy named Zdenko Franjic. We trade together a lot of things some years ago and he made me discover a great part of the yugoslav, Croatian, Cszekoslovak scene from the 60's to the 90's.
Thanks to him.

Well, enough things have been said about the Bambi Molester, you could find some cool words in the Twilight zone blog, so I'll give you just the official infos on this CD : 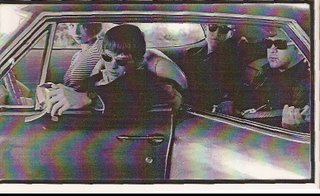 ps : Zdenko also gave me at that time a compilation with many bands called "Bombardiranje New Yorka" (included : Satan Panonski, Messerschmitt, The Spoons, Losi Decki, Bamby Molesters, Zadruga...etc).
The titles of the BM here are "Blackballed" and "Invasion of the reverb snatchers". I put the first one on mp3.
(see the cover on Le blogd-hector)
“Blackballed“

Well, I want first to apologize for all of you who download some stuff from my blog. I just came to realize that some of you get incidentally albums you didn't expect in bonus of what you first intended to.
It's my fault, I forgot to erase the precedent files. So if you asked for the Bambi Molester don't panic if it's a bit too long...you have also the Pickpockets. Just put it in the bin if you don't like. Sorry . I 'll be more carefull now.

hector
thanks a lot for the bambi molesters... and The Pickpockets... looking forward to their album, the first french surf band I ever will listen to! more and more surf/instro will conquer the twilightzone... ; )

Sounds like something cool...gotta have a listen to this band...